Edmund de Waal is the justly acclaimed British author of The Hare with Amber Eyes, a superb history/memoir of the Ephrussi banking family, of which he is a scion. He is also the creator of an unprecedented temporary exhibition now at the Frick Collection in New York City. Entitled Elective Affinities, it is the first exhibition of work by a living artist in the museum’s main galleries. Lamentably, it presents a dismaying contrast with the Frick’s permanent collection—as well as with his admirable book. It also exemplifies much of what is wrong with the contemporary artworld.

In his book, De Waal refers to himself quite simply as a “potter” by profession. Publicity materials about him tend to use the fancier term ceramicist. Either way, it means a craftsman who shapes pottery on a potter’s wheel and bakes it a kiln.1 Unlike traditional pots, which serve a primarily practical function, De Waal’s ceramic creations are made only for display, in minimalist installations made to convey meaning of some kind. Remarkably nondescript and repetitive in themselves, his pots allegedly gain import from their mainly site-specific arrangements (more on that below). Such work has brought him prestigious commissions—ranging most recently from the Frick exhibition to his Psalm in Venice’s Jewish Ghetto in conjunction with this year’s biennale—as well as numerous artworld accolades.

Appropriately enough, the Frick show was organized by Charlotte Vignon, the curator of decorative arts—as befits an exhibition of ceramic pots. Yet its press release and other materials repeatedly refer to De Waal’s work as “sculptures” and to him as a “sculptor.” As it happens, Henry Clay Frick collected sculptures, as well as vases, furniture, and other works of decorative art. I have no doubt that he knew the difference between them. In today’s artworld, such meaningful distinctions have been dispensed with. But it is particularly disturbing to witness a traditionally conservative institution like the Frick succumb to the muddling of concepts and debasement of standards.

At a press preview for the Frick exhibition, De Waal spoke with the utmost sincerity of his reverence for the permanent collection and the home it is housed in, which he first visited at the impressionable age of seventeen. In a lecture given at the Frick, he recalls the “epiphany” he experienced on seeing Chardin’s Still Life with Plums there. 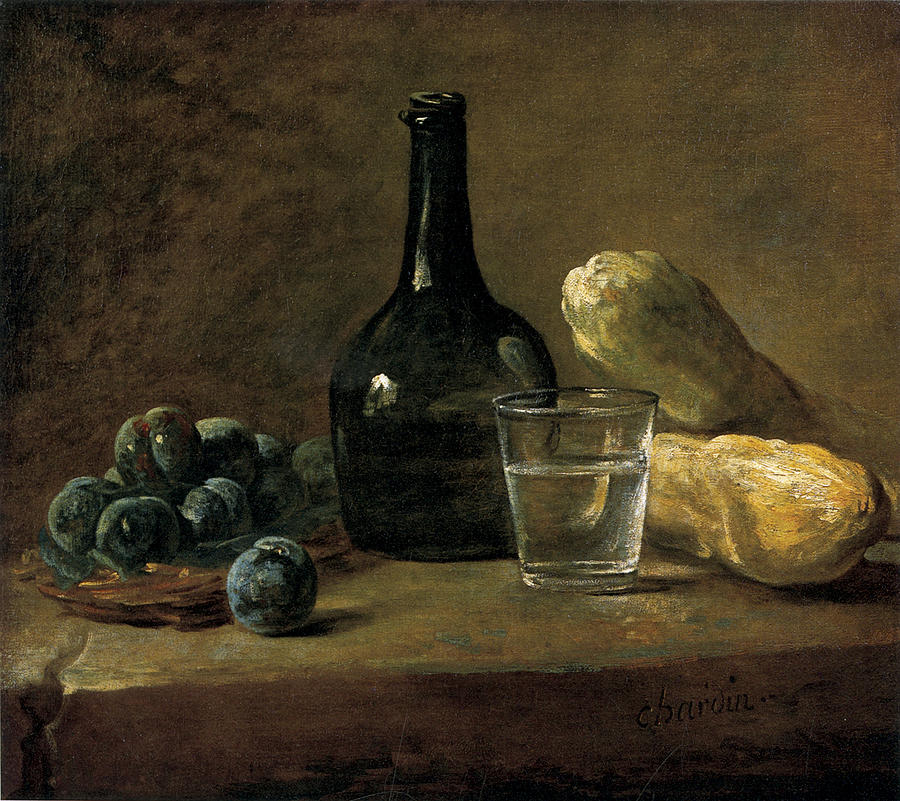 What De Waal missed in that life-changing epiphany seems so obvious as not to need stating. The meaning in Chardin’s painting mainly emerges not from how the objects are placed but from what they are—objects of everyday life that we have some experience of and can therefore relate to—luscious plums, a refreshing glass of water, a glossy carafe, etc. In contrast, what meaning can be gleaned from De Waal’s abstract arrangements of nondescript pots and slabs? He has said that he intends them to create a “dialogue” with the collection. I would argue that they are utterly mute partners in that dialogue. They are, in effect, jarringly anomalous intruders—if one notices them at all (surprisingly, De Waal has stated that he doesn’t mind if one misses them).2

The inability of these works to speak for themselves (as the paintings and sculptures in the permanent collection so effectively do) very likely prompted the curatorial decision to provide viewers with audio files of the “artist” explaining each work, as well as of the music that he says helped to inspire it. Much as I love music, knowing what De Waal chose to listen to while he worked is of minimal interest to me. What matters is what he made of that inspiration—which, I insist, is very little indeed.

Ironically, the unpretentious miniature sculptures known as netsuke figures—which play such a prominent part in De Waal’s family narrative—are far more eloquent than his ambitious installations of pots aspiring to the condition of sculpture.

What Would Mr. Frick Think?

At a press preview for the De Waal show, the Frick’s director, Ian Wardropper, made much of the fact that Mr. Frick himself had collected “contemporary art”—as if that gave license to the present exhibition. The analogy is preposterous. The contemporary work collected by Frick consisted of relatively traditional works of realist painting and sculpture. Millet [more] was a particular favorite. There were no installations of abstract ceramics in industrial-looking vitrines.3 Installation is a postmodernist genre whose origins lay in the anti-art impulses of the 1950s and ’60s, long after Frick’s death.

Henry Clay Frick died in 1919. His acquisition of contemporary art is amply documented in the insightful biography by his great-granddaughter, Martha Frick Symington Sanger—who discerns a “profound psychological relationship between the man and his paintings.” As she persuasively argues, many of his acquisitions of both old and new art were probably inspired by their visual resemblance to people and places from his past.

Frick’s interest in contemporary art was sufficient for him to attend the 1913 Armory Show. But the only work he bought there was a still life of flowers by Walter Pach—though he is also reported to have expressed strong interest in Paul Cézanne’s Femme au Chapelet (Old Woman with a Rosary), which had already been sold. These were hardly revolutionary works, however. Moreover, I suspect that the appeal of the Cézanne, in particular, was mainly personal, stemming primarily from his deep attachment to his maternal grandmother—a devout woman who was “his spiritual mainstay and most ardent supporter,” according to Sanger, who cites several Frick acquistions that she suggests were similarly inspired.

If Mr. Frick’s museum now wishes to exhibit contemporary work truly consistent with his taste, they would do well to turn to the classical realists (see, for example, “Contemporary Art Worth Knowing”), rather than to the latest artworld stars such as De Waal.

In today’s anti-traditional artworld, such a turn would be revolutionary indeed.